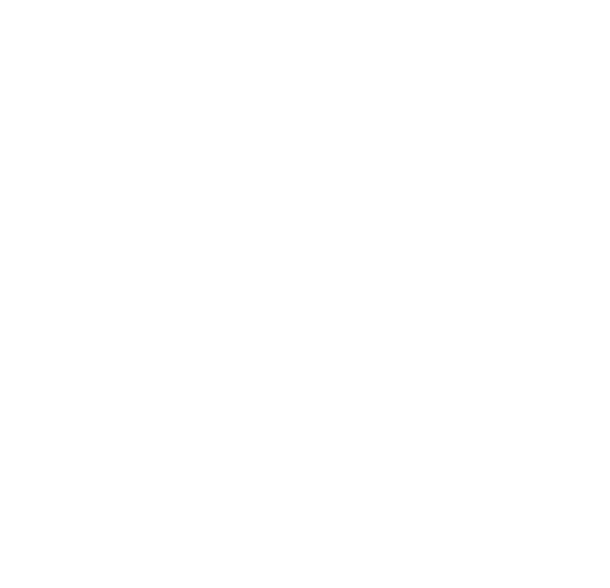 European Hydrogen Hub by the Port of Rotterdam 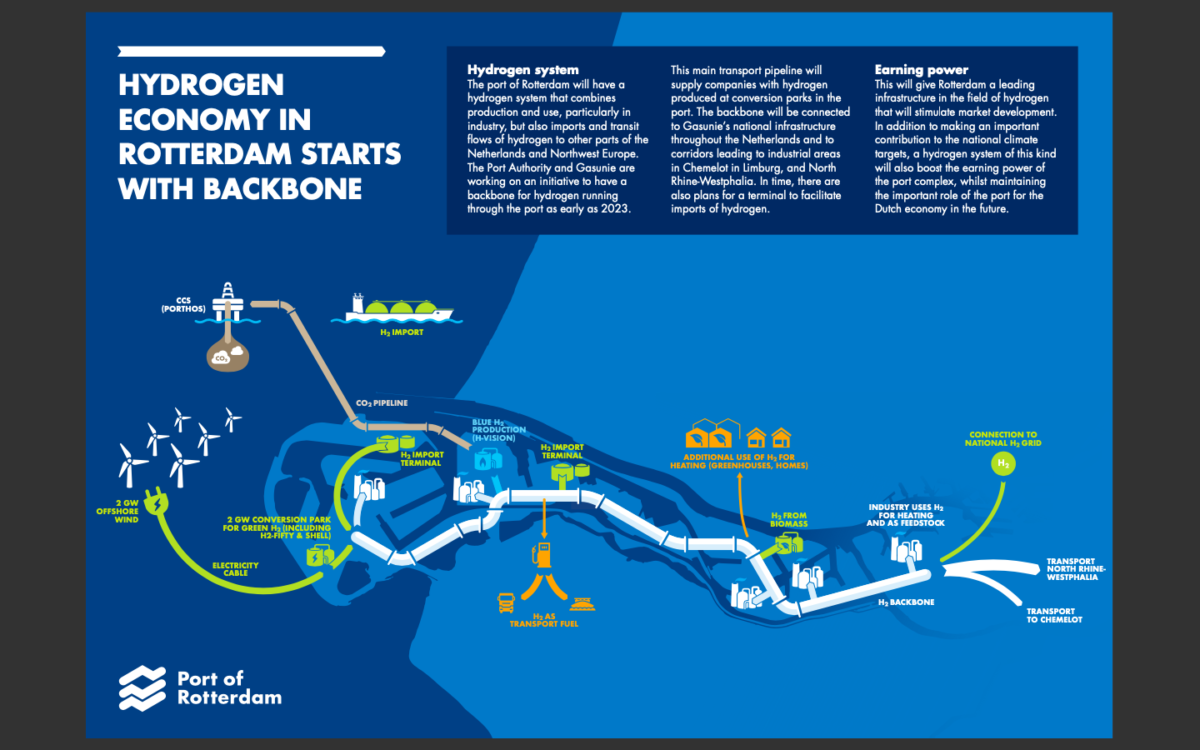 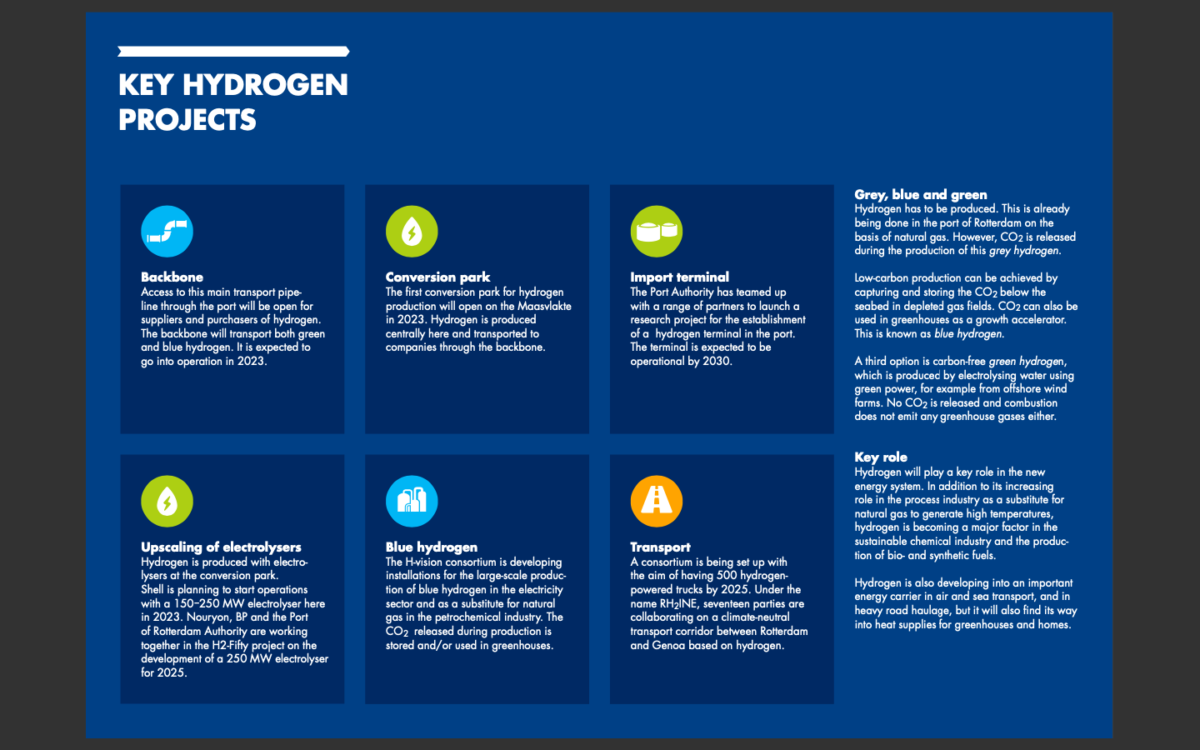 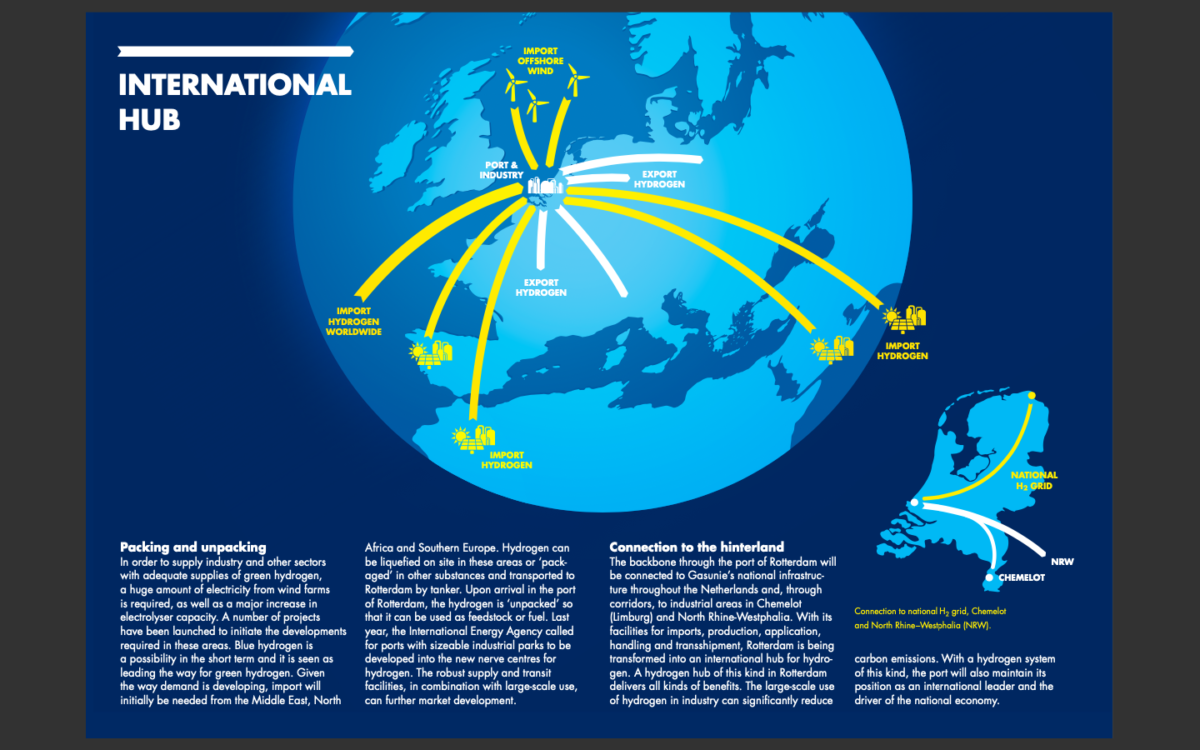 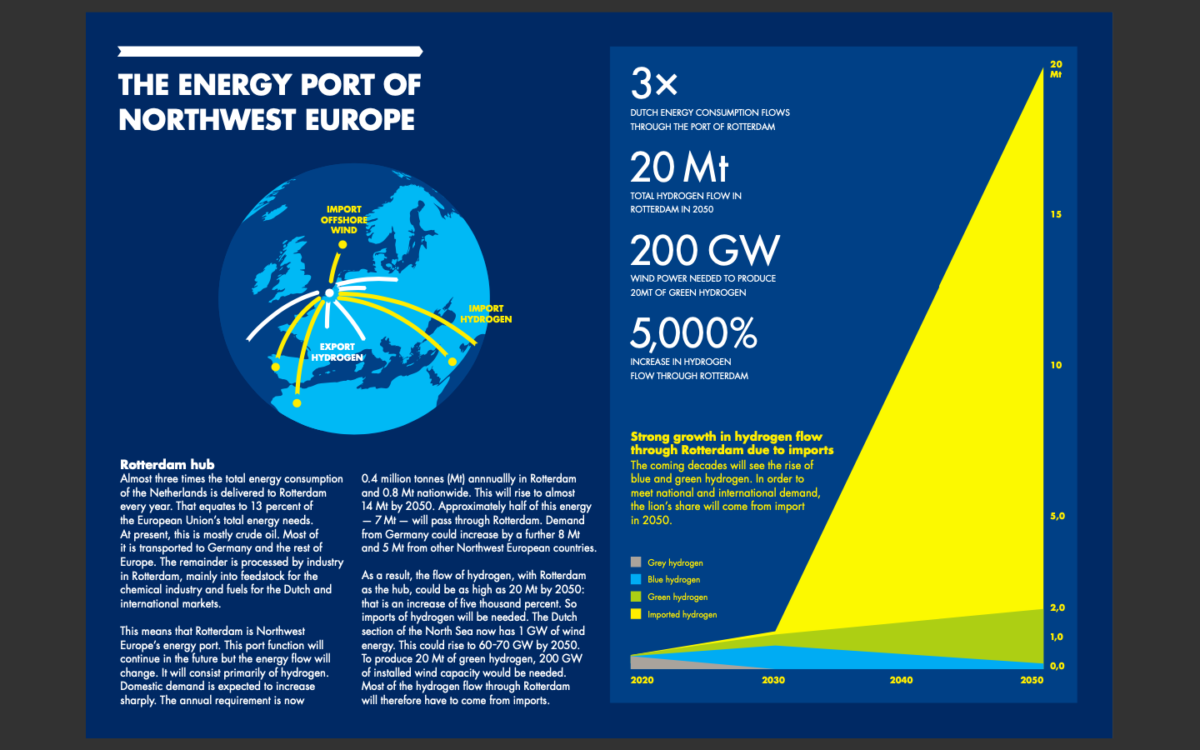 The port applies a complete value chain approach, in which generation, import, use in transport and industrial processes, and transport of hydrogen are combined. Addressing these elements combined makes the Port of Rotterdam ideally suited to develop a hydrogen hub.

Developing the hydrogen economy requires setting up a system that combines production and use, imports, and transit flows. To enable a higher uptake of hydrogen, a backbone is required. The Port of Rotterdam and Gasunie are working on realising such a backbone. A main transport pipeline will supply companies with hydrogen produced at conversion parks in the port. Ultimately, though national infrastructure, corridors will connect the backbone to industrial areas. Within the Netherlands and outside, such as North Rhine-Westphalia.