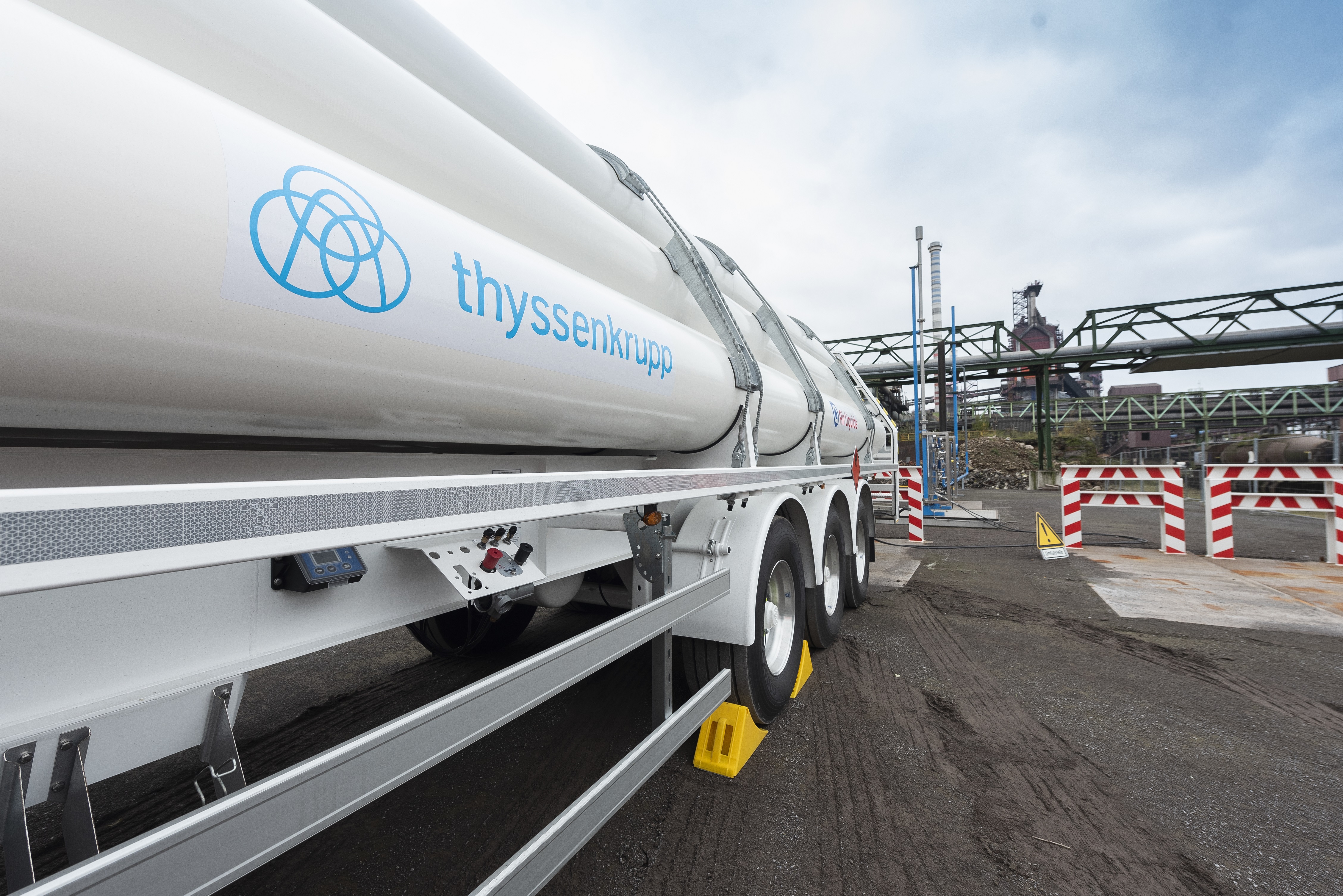 In November 2019, Thyssenkrupp Steel has celebrated a world first by launching a series of tests into the use of hydrogen in a working blast furnace. They are the first tests of their kind and are aimed at reducing significantly the CO2 emissions arising during steelmaking.

In the classic blast furnace process, some 300 kilograms of coke and 200 kilograms of pulverized coal are needed to produce a ton of pig iron. The coal is injected as an additional reducing agent into the bottom of the blast furnace shaft through 28 so-called tuyeres. Thyssenkrupp Steel is currently testing the injection of hydrogen through one of these tuyeres. The company plans to gradually extend the use of hydrogen to all 28 tuyeres on one blast furnace and then, from 2022, to all three further blast furnaces at their Duisburg site. The advantage is that whereas injecting coal produces CO2 emissions, using hydrogen generates water vapor. CO2 savings of up to 20 percent are therefore possible at this point in the production process.

The state government of North Rhine-Westphalia is funding this project under its IN4climate initiative.