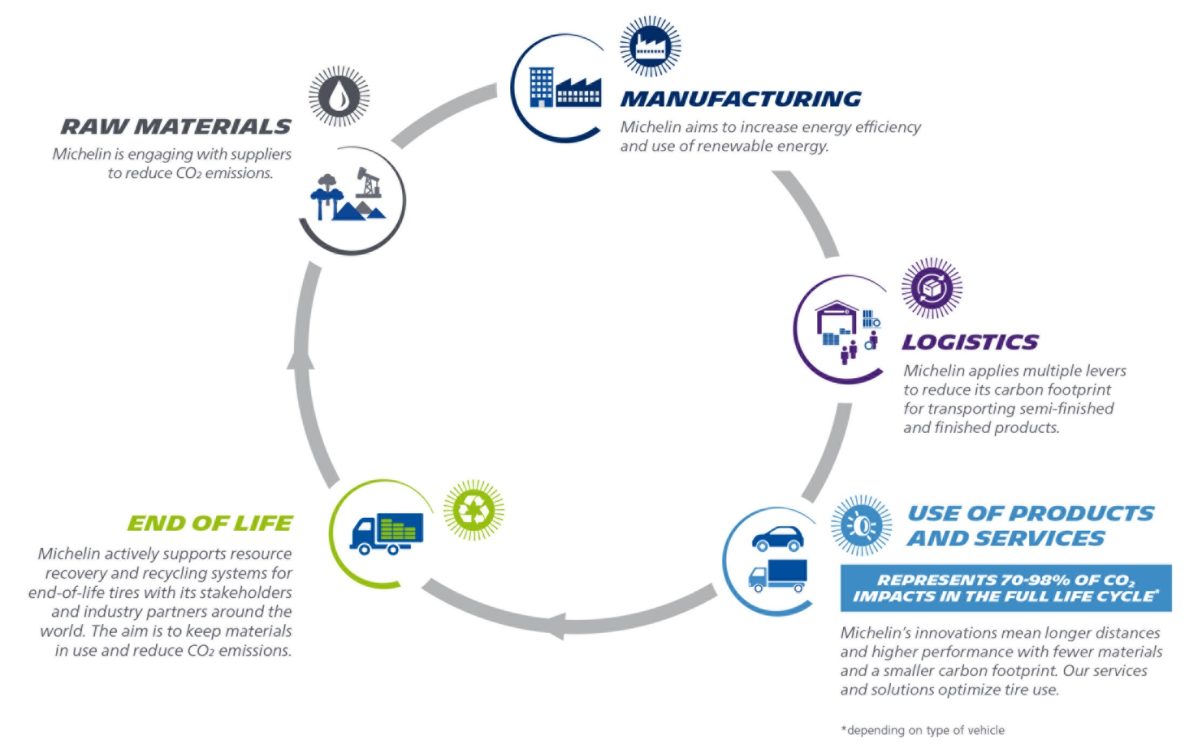 The success of the COP21 Paris Climate Agreement depends not only on the commitment of member States but also on the involvement of civil society and the private sector in collectively reducing greenhouse gas (GHG) emissions.

That’s why Michelin commited to a reduction of absolute scope 1 and 2 GHG emissions by +38% by 2030 from a 2010 base year. Michelin commited to reduce absolute scope 3 GHG emissions from fuel- and energy-related activities; upstream and downstream transportation and distribution; and end-of-life treatment of sold products by +15% by 2030 from a 2018 base year. Further,  +70% of its suppliers by emissions covering purchased goods and services will have science-based targets by 2024.

This is Michelin’s first step toward achieving net-zero emissions at all company sites by 2050. Michelin’s targets have been approved by the Science Based Targets initiative (SBTi), a collaboration between CDP, the United Nations Global Compact, World Resources Institute (WRI) and the World Wide Fund for Nature (WWF). The SBTi defines and promotes best practice in science-based target setting and independently assesses companies’ targets.

To reduce the carbon footprint of its worldwide production and thereby reduce its Scope 1 and 2 emissions, Michelin has defined two priorities: improve energy efficiency in its manufacturing facilities, and further expand its use of renewable energy. Reducing Scope 3 emissions generated by activities in Michelin’s value chain requires a long-term commitment with suppliers and external partners. The Group’s goal is to facilitate the energy transition and the development of innovative solutions based on a circular economy model.