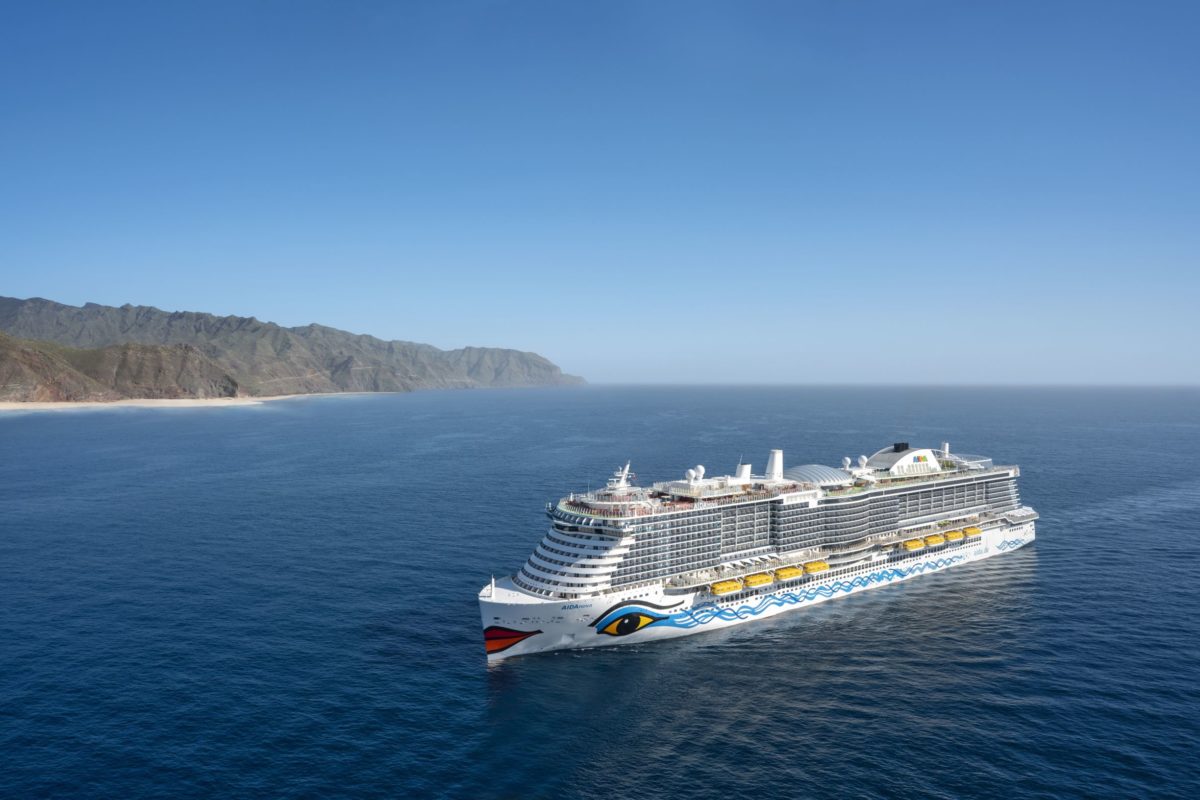 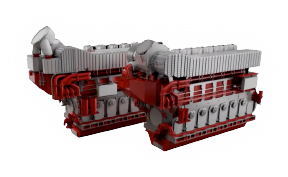 An even more sustainable cruise isn’t far off in the future – it’s here today! Caterpillar is helping find ways to reduce the emissions footprint of marine transport, which has historically depended on heavy fuel oil for power.

As natural gas has become more affordable and the shipping industry takes steps to further reduce emissions, the marine transport sector has begun to embrace liquefied natural gas (LNG) as a fuel source. Ports for LNG refueling are growing in number worldwide, and Caterpillar is meeting this demand with their MaK™ brand dual-fuel engines. The dual-fuel engines are designed for continuous operation on LNG, marine diesel oil and heavy fuel oil.

These engines have been at sea for several years aboard cargo vessels and are now being used inside a wider variety of ships. In 2018, the AIDAnova of Carnival Corporation’s German cruise line AIDA Cruises set sail as the world’s first cruise ship enabled to operate at sea and in port on LNG, which burns cleaner than heavy fuel oil. Inside the ship, which is longer than three football fields set end-to-end, are four of Caterpillar’s MaK 16 M 46 dual-fuel engines and a complete LNG handling system.

The ship’s maiden voyage lasted for seven days with more than 7,000 passengers and crew aboard, releasing minimal soot or sulfur oxides and less nitrogen oxides or carbon dioxide than oil-burning ships. Caterpillar will supply Carnival Corporation with dual-fuel engines for additional ships as part of its new class of cruise vessels spanning multiple Carnival brands.

The milestone is good news for the cruise industry. Companies are under pressure to further reduce their impact, particularly as they travel through environmentally sensitive areas. Increasingly, ship owners are placing orders for new ships to be equipped with engines that can use LNG as the primary fuel. And, the cruise industry utilization of LNG will help extend the infrastructure for distribution of LNG as a marine fuel, enabling other ship owners to consider use of LNG and helping the shipping industry progress toward their emissions reduction goals.